“If you don’t localize it, it may not succeed”: innovating for faster, cheaper and more efficient aid

One of the core principles behind Joseph Ogayo’s project to bring hydroponic production to the internally displaced people living in ZamZam camp in Sudan, is that most of the materials used should be available locally. So when he and his team were creating their ‘set it and forget it’ model of hydroponic vegetable production they made sure that the structural materials they needed (the PVC piping, the metal angle bars, the water tank) as well as the organic elements such as seeds and sands, should be sourced locally wherever possible.

But, as Joseph explained at our most recent Humanitarian Grand Challenge Town Hall, there was one element that could not be localized, and it was the very ingredient that made the whole thing automated: Responsive Drip Irrigation. Without the Responsive Drip Irrigation kit there could be not ‘setting it and forgetting it’ because it was this that allowed the vegetables to be automatically irrigated.

“It worked… in the beginning,” Joseph explained, “especially under the guidance of the technical consultant we had. But after some time the whole thing failed. The system started to waterlog, and the participants were not able to use it, so we ended up abandoning it and focusing on other, simpler alternatives.”

For Joseph that meant going down what he calls the “100% localization” route. The expensive metal angle bars were ejected in favour of “even more local” bamboo or timber while expensive fertilizer imported from abroad was replaced by organic goat manure. Also out was the Responsive Drip Irrigation kit, and in its place was … a watering can.

Of course, introducing a watering can also introduces manual labour into the process, but the overall goal had been achieved, and this was the key lesson that Joseph had learned from his experiences in Sudan: “A system may look very sophisticated and theoretically it may be very problem-solving, but if you don’t localize it 100% then it may not succeed.” 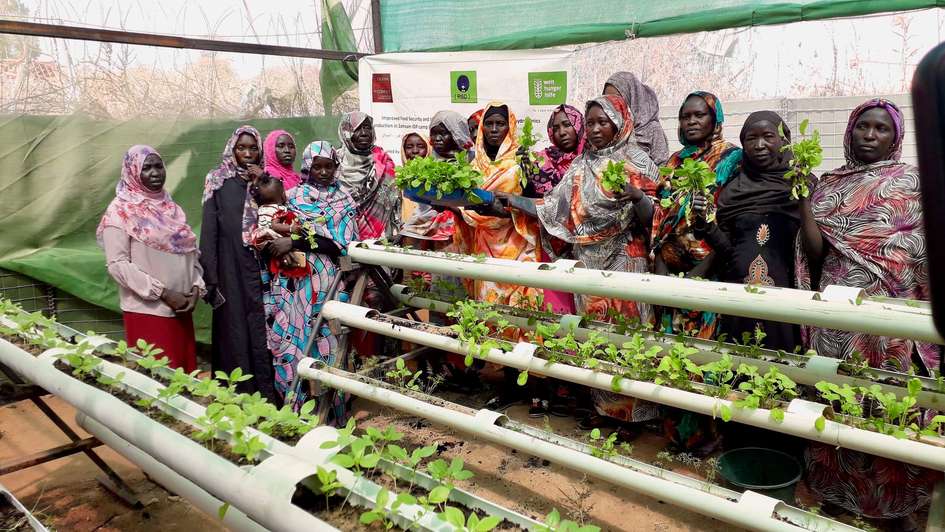 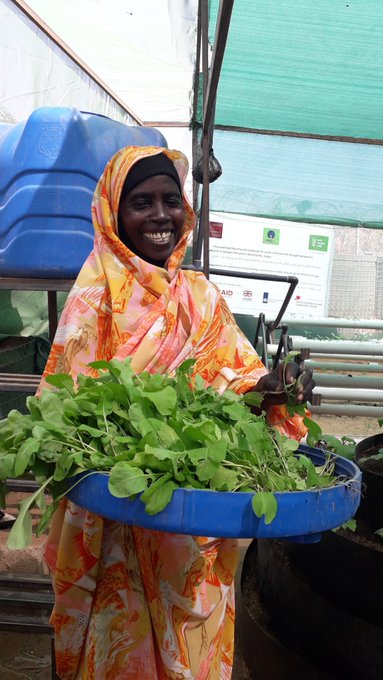 This lesson chimed with many others at the Town Hall. Emad from Field Ready talked about how localization had allowed them to pursue the holy grail of  “faster, cheaper and better” methods, specifically in the production of the lifting airbag, a life saving technology that Field Ready are able to manufacture and distribute within Syria for around 10% of the price that this kind of product may sell for on the global market. Where 60-80% of humanitarian ai is spent on ‘logistical costs’, Field Ready locally manufactures and repairs essential items in the communities where they are most needed, influencing systems change by reducing the costs, time and depletion of resources associated with global supply chains by producing and repairing essential items locally. Pioneering an innovation that incorporates local manufacturing, they’re transforming the way needs are met in humanitarian contexts. 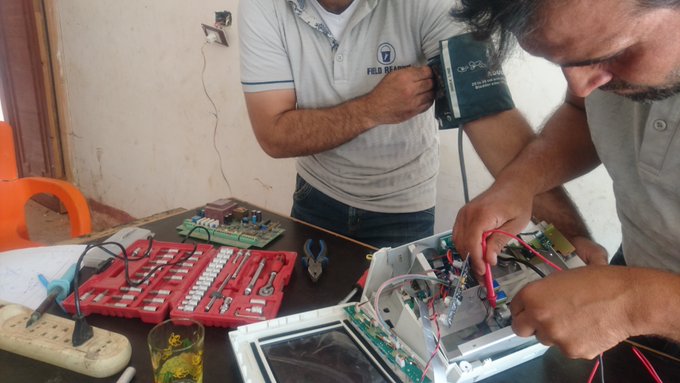 Similarly Amr from MSI Reproductive Choices Yemen shared how psychotropic medicine is procured locally to shorten the lead time and to reduce costs, which is incredibly important when you consider that when international organizations source medicines from outside the country it can take more than a year for the medicine to reach those who need it most. Amr also talked about how his team at MSI Reproductive Choices Yemen train psychology graduates, thereby ensuring that they have an increasing pool of local service providers.

Where localization is possible, and not

Finally Jen shared a challenge on localization as it affects growth in the long term. While Hala Systems currently works with partners for the local deployment of their technology, that hardware is developed and built in the US, which of course creates logistical issues around shipping to other countries and contexts. “We don’t think we’re able to switch to local development of technical solutions because in terms of quality control for the hardware devices, we don’t have any other hardware team outside of the US,” Jen explained. “We don’t have any kind of roving hardware personnel able to manage and support quality control at the local level.”